We offer expert wallpaper installation and removal services to customers in Westchester, Greenwich, and the surrounding communities. Wallcovering is a great way to reinvigorate a room and our experts make sure that your wallpaper gets the attention it deserves.

Doug Kitchen joins A.G. Williams Painting as the Fairfield Account Representative
Doug began his career while in college, when he started Painting in Roanoke, Virginia in the summers. He then moved to Pittsburgh, where he continued his Painting, winding up in the Painters Union doing commercial buildings in Downtown Pittsburgh. When he moved back to his hometown of Katonah, NY in 1985, he started Ambiance Interiors (later, Ambiance Painting, LLC), that serviced Greenwich area designers and home owners. A graduate of the United States School of Professional Paper Hanging and former President of the Westchester Chapter of the National Guild of Paper Hangers, Kitchen serves as technical consultant to Osborne & Little, a London-based leading fabric and wallpaper designer and distributor. He is a member of the American Society of Interior Designers and Painting Decorating Contractors of America. A former Marine who served in the Vietnam War, Kitchen now resides in Norwalk with his family.

Doug's thoughts on the Wallcovering Industry
"Wallcovering is a constantly changing medium. When I started in the '80's, Handprints and Grasscloths were the rage. From the '90's into the early 2000's, the English 11yd bolts took most of the business away from US manufacturers. The United States Wallpaper industry had also created a monster when it created a DIY (Do it yourself) market for Pre-pasted wallpaper. While many liked it, the ensuing angst caused by not preparing the walls properly caused literally generations of people to despise wallpaper because they could not get it off.

Now, wallpaper is making a good comeback in the Greenwich market. Companies like Phillip Jeffries are making Grasscloths with patterns, metallic backgrounds and very unique fabrics. Osborne & Little has also come out with some very large patterns to fit into the new mansions sprouting all over Lower Fairfield County. It is imperative to get a qualified installer these days, to measure and install these new wallcoverings. The ban on Alkyd products by the government has made choosing the correct primers for wallcovering more difficult, as not all Latex/Acrylic primers are suitable. Prices have gone up, so a correct estimate done by an experienced installer will save you money by getting the exact amount of wallpaper and using the right primers for your particular wallcovering." 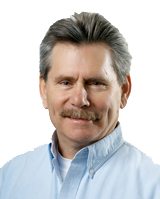 Article in the Greenwich Time with Doug Kitchen on the art of wallpapering.